China is expanding the use of low-protein feed technology 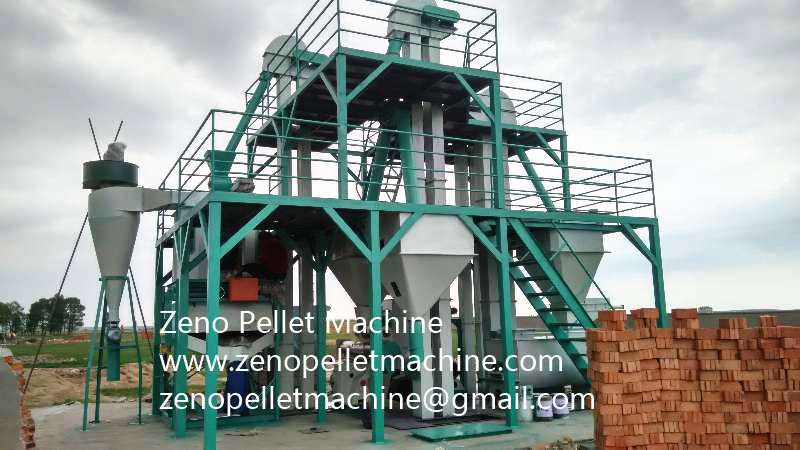 Information Technology (IT)
May 13, 2021 11:33:10 AM Zeno Pellet Machine
2 Comments
Academician of the Chinese Academy of Engineering and chairman of the China Feed Industry Association, has said that the low-protein diet technology is based on the theory of protein and amino acid nutrient balance, without affecting animal production functions and product quality, after adding suitable varieties and quantities of industrial amino acids , A diet that reduces the protein level of the diet and reduces nitrogen emissions. This technology is the effect of the development of modern animal nutrition, and it is also the embodiment of the precise nutrient research at that time. More than 10 years of research and the practice of many farmers have proved that the low-protein dietary feed technology can ensure the growth function of animals without affecting the quality of meat, and it will not only reduce the dependence on soybean imports, but also reduce environmental pollution.
It’s not the higher the protein content in the feed is the better, it depends on the animal’s digestibility. If it is not fully absorbed by the animal efficiently, it will constitute the waste of resources, and the low-protein diet is satisfied with the content of all essential amino acids. Balance other excess non-essential amino acids. For a long time, soy meal is the main source of protein in pig cooperative feeding in many animal feed production line, while other miscellaneous meals are used relatively less. If low-protein diets are used, the amount of soybean meal in the feed can be greatly reduced, alleviating the severe supply of soybean meal and the impact of high prices,which truly reducing feed costs.
"For every 1% decrease in dietary protein level, the consumption of soybean meal can be reduced by 2.3%." said Qiao Shiyan, director of the National Feed Engineering Skills Research Center ,and professor of China Agricultural University. Taking pig feed as an example, the output value of pork is 49.8 million tons in China at 2017 . Calculated based on the feed-to-meat ratio of 4.5, it will cost 224 million tons of cooperative feed. The protein content of the whole feed of pigs in China is 16%. According to the low protein diet technology that can be implemented now, the whole process of protein level is reduced from the current 16% to 14%, which can reduce the consumption of soybean meal by nearly 10.3 million tons.
Due to Chinese high dependence on soybean imports In recent years, and increasing attention to non-point source pollution caused by nitrogen emissions from the breeding industry, the industry has conducted a lot of research on low-protein diet formulation skills. Since 2006, scientific researchers with the agricultural feed industry center as the main body have deepened the research on relevant technical points. They have determined the net energy value of the primary pig feed materials, studied the net energy requirements of pigs at each growth stage, and established the "China Technical parameters of pig low-protein diet formula". At present, the research on the formulation of low-protein diets for pigs is deepest, and certain implementations have been launched. In addition, certain researches have been carried out on low-protein diet techniques for laying hens and broilers.
China has made a lot of efforts in the promotion and use of low-protein in recent years, , but it still faces some restrictions.
Experts believe that it mainly includes: First, the thinking habit of determining feed quality based on the protein content of feed for many years, which is difficult to correct in a short time; Second, small pig farmers are accustomed to determine the quality of feed by guessing the content of soybean meal.They manufacture feed pellet by ther own feed pellet machine. The third is that under the misleading of some feed pellet production line, some feeders have always fed piglets with high protein content to fattening, which constitutes a lot of protein waste.
Regarding the reduction of soybean meal,some feed and breeding enterprises have accumulated a lot of experience. A common miscellaneous meal diet is to replace part of soybean meal with miscellaneous meal such as cotton meal and rapeseed meal, and supplement it with amino acids to improve the feed conversion rate of miscellaneous meal. This method has been selected during the soybean meal rise in recent years to reduce costs. Chinese meat and aquatic products is about 150 million tons, in addition to the supply of proteins such as eggs and milk. Promoting the use of low-protein diets does not affect the quantity and safety of meat protein, and the price cost is also within a controllable range.